Invaders in the Ballast Water 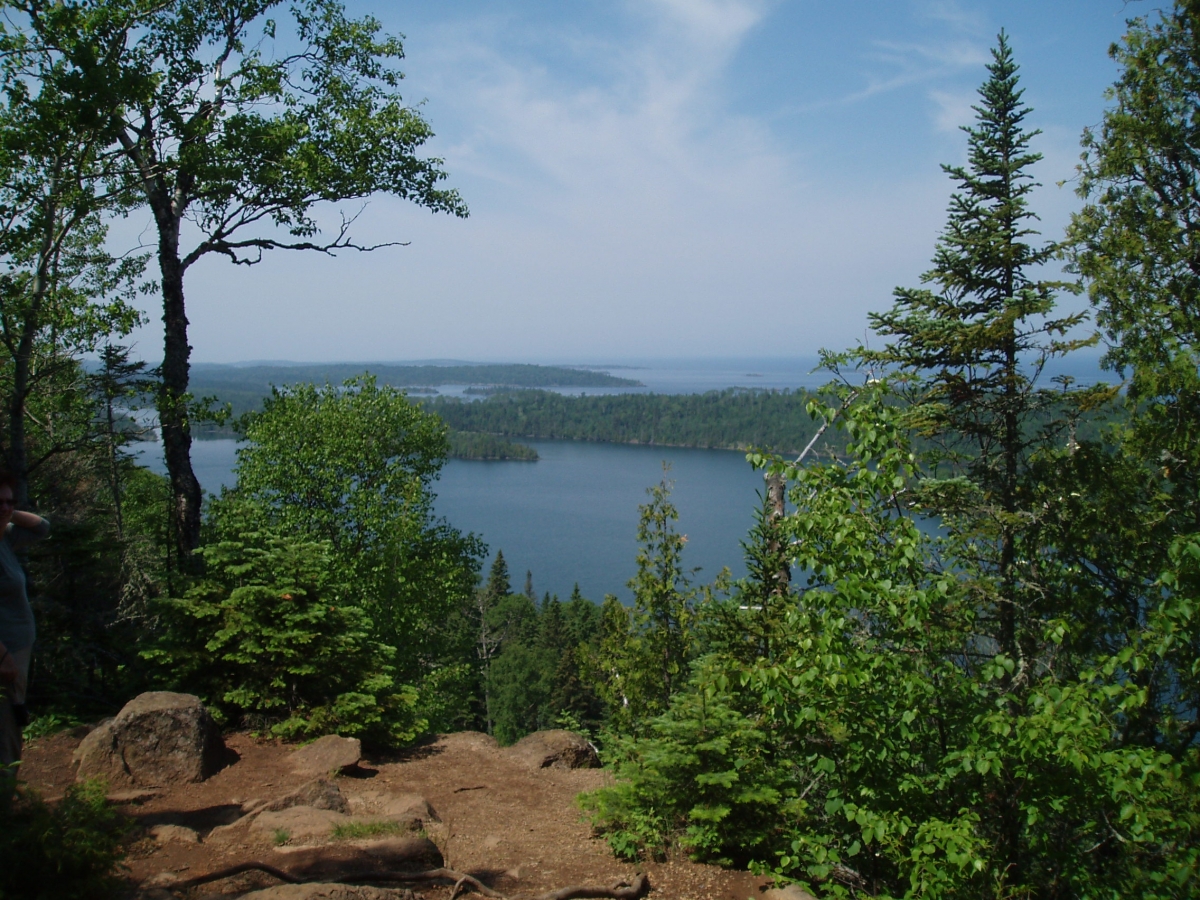 When ships enter the Great Lakes region, these vessels can transport new “passengers” that are unwelcome, in the form of invasive aquatic species and pathogens found in the ship’s ballast water.

How do we deal with this type of threat?

It’s a complex challenge that the Great Lakes Protection Fund has been working to address since 1996 when we first supported a team to demonstrate the viability of ballast water treatment systems as a defensive tool. Ballast water treatment was a new concept back then, and in a display of how far we’ve come, impending regulations will require the elimination of virtually all live organisms found in ballast water.

Problem solved thanks to regulatory requirements? If only it were that simple.

Eliminating all threats that may lurk in ballast water is a tall order. If a system could be developed to provide efficient shipboard testing and real-time verification of live invasive species, it could help to provide the level of transparency necessary to effectively implement any kind of regulatory scheme.

This type of system could again lead to a paradigm shift in the area of ballast water management. Guided by hard information instead of rules of thumb, leaders would be able to make smarter decisions about industry-wide topics including where and when to engage in ballasting activities, how to develop emergency protocols, and where the next big investments are most needed.

Dr. Jeffrey Ram from Wayne State University approached Great Lakes Protection Fund with a proposal titled Automated Ballast Treatment Verification (ABTV). He wanted to assemble a team to develop an automated sample collection system that would be able to rapidly test and continuously report the presence of live organisms in the water, in real time.

Current protocols dictate that scientists need to inspect each sample with a microscope, and obtaining results traditionally takes days at a time. Yet, if successful, ABTV would be able to dramatically change this timeline, identifying results in a mere matter of minutes after collecting a sample through an automated system.

The Fund saw in Dr. Ram’s proposal a team uniquely qualified to produce outcomes that would change the way the contents of ballast tanks are perceived. From an expertise standpoint, the team had an excellent mix of collaborative talent with varied backgrounds in ballast monitoring which included university experts, state and federal agencies, ship owners and equipment manufacturers. With over 20 years of experience in environmental microbiology and a track record for creating innovative devices, Dr. Ram would serve as Project Director and guide the team’s design of the system.

The ABTV proposal laid out a concept to address a well-recognized challenge—developing a technique to process the large volumes of water necessary to detect the presence of microscopic invaders. In addition, the team had a plan to utilize generally proven technology as the backbone for the system. They proposed using detection chemistry that is well understood and employing readily available communications technology as the means to transmitting the detection data. This eliminated many of the risks inherent in developing new technologies.

Still, there is a difference between what is conceptual and what is actually executed.

Can the system process high volumes of water?
Will the filters within the system become clogged with such a large intake?
Will the results be measurable and transmittable in an almost instantaneous way?

Dr. Ram and his team knew they could begin to find the answers to these questions and more by creating, testing and learning in a laboratory setting. GLPF felt the technology, the collaboration, and the theory of change were investable.

Before the team could conduct any kind of shipboard testing of an automated system in the Great Lakes environment, they would need to develop and rigorously test a variety of sophisticated system prototypes during the project’s first year.

This type of system would need to:

That is a system with a lot of moving pieces. It would require a variety of different filters, pumps, valves, sensors and even software to uncover the ideal prototype, one that could repeat the process above for at least 100 cycles without losing function.

One interesting question in all of it is: How would the system know whether or not the organisms within were alive?

Beyond this trial-and-error of component combinations, the team would need to evaluate the prototype’s ability to operate in a variety of ballast treatment environments, such as those utilizing chlorine, sodium hydroxide and ultraviolet light to eliminate invasive species.

To date, we’re encouraged to report that the first ABTV prototype successfully demonstrated organism detection utilizing one particular type of mesh filter. This demonstrates that the process is viable and now the team will try to achieve similar results for a variety of other filter types. They have also demonstrated that the system can be operated remotely and the results transmitted successfully.

Moments of Truth: Performance in the Field

Once a prototype is developed that appears to perform in a variety of shipboard environments, have we reached the finished line?

Not quite—in fact, that’s only the target of year one in a three-year project.

The first opportunity for a field test came up in September of 2013 when the Maritime Environmental Resource Center and the Alliance for Coastal Technologies sponsored a test for ballast water technology verification systems and monitoring technology systems. This gave Dr. Ram’s team the opportunity to test drive the system and benchmark their results against current environmental technology verification protocol measurements.

The test took place in Baltimore while the sampling and monitoring mechanisms were operated remotely by Dr. Ram in Detroit. This very early prototype, under these field conditions, successfully demonstrated the system’s ability to be operated and monitored remotely and also returned measureable “live” signals within 15 minutes of sampling.

The ABTV team was very encouraged by these early results, however this test is just one of many the system will go through on its path to becoming a well-developed, ready-for-prototype-installation verification system.

What’s Next for the ABTV Team?

From our point of view at the Fund, 2014 will be a big year for the ABTV project and team. It will see the team begin to install a prototype system on two different working vessels. One, the Ranger III, is a vessel operated by the U.S. National Park Service and equipped with two ballast treatment systems. Once aboard this ship, the team will learn a great deal about their system’s ability to verify treatment and perform in real-world operating conditions.

The prototype system will also be used on at least one vessel from Fisheries and Oceans Canada (DFO). The team from DFO will use traditional methods to collect biological samples so they can independently verify monitoring results.

At such a stage of the project, if successful, the ABTV team will hope to see its prototype system certified by the U.S. Environmental Protection Agency as an environmental technology verification (ETV)-approved monitoring technology.

Also in the works for this team is a first-of-its-kind workshop that will bring together many of those participants who have been involved with the ABTV project thus far, for an engaging discussion on matters pertaining to ballast water verification’s technology, regulations, user needs, interface with treatment systems and commercialization.

GLPF will continue to provide updates about this project, as well as many others in our active project portfolio. If you would like further information about the ABTV project, please visit the project website. For additional information on GLPF’s investments related to ballast water technology and biological integrity, contact us at startaconversation@glpf.org or call 847.425.8150.

PDF of this article