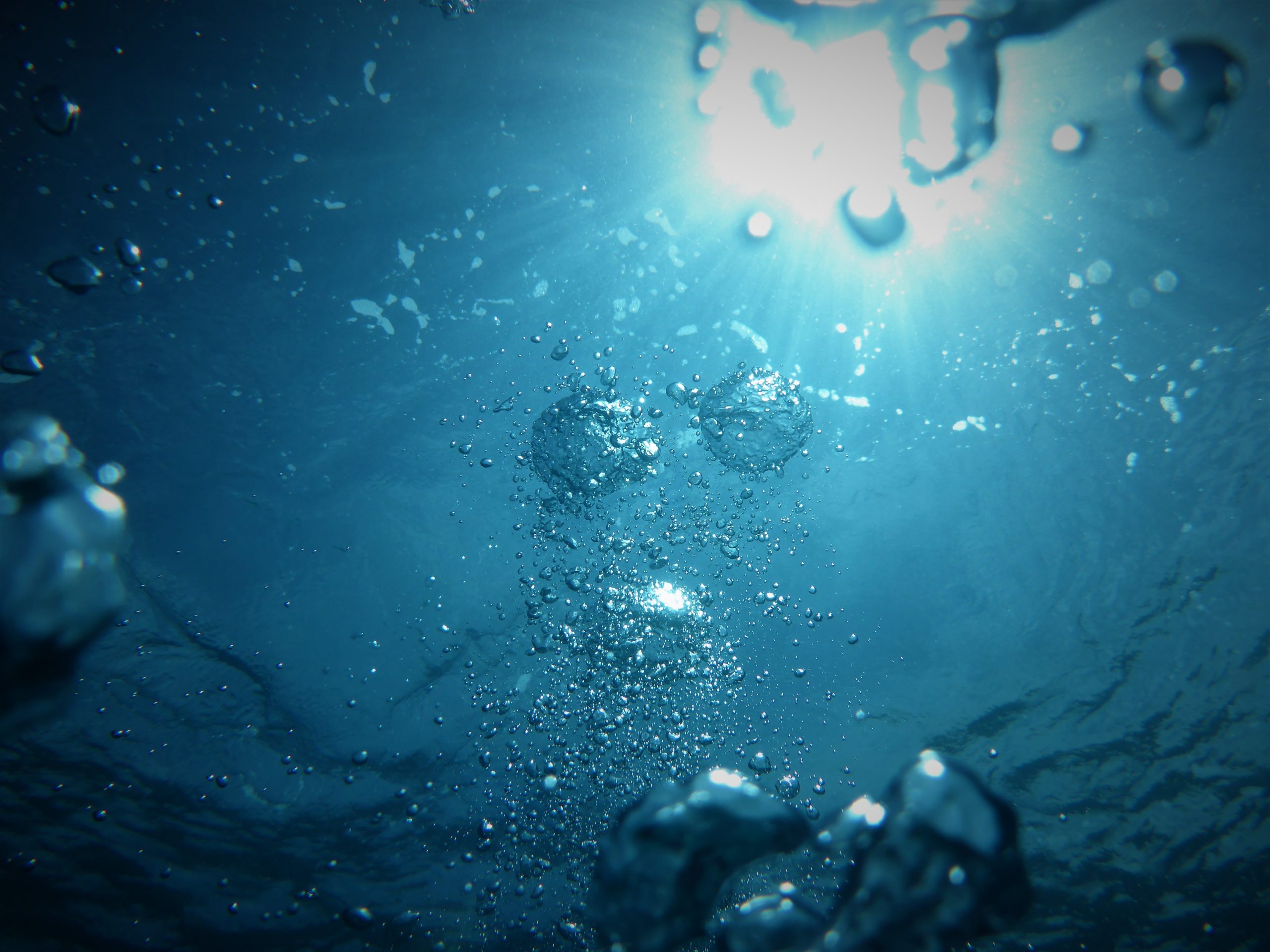 A Note from GLPF–

The Great Lakes will be on a mercury diet soon, with the efforts of our WattTime-led team. I’m pleased to share with you this blog written by team members, Katie Ryan and Nicole Arnone, describing our newest collaboration together that will significantly reduce mercury emissions in the Great Lakes region. Through this work, the team will combine their innovative technology that allows consumers the ability to choose clean energy over dirty, with electric utility demand response programs that will reach a larger audience. It’s a bit complicated but Katie and Nicole do a great job of explaining it – and unquestionably, it will be a win-win-win for the utility, the consumer, and for the fish in the Great Lakes. Enjoy!   –Shannon Donley, Project Implementation Manager

In the unfolding story of the climate crisis and the battle to avert its worst effects, carbon and other greenhouse gas emissions play a starring role in much media coverage, and rightfully so. But there’s another, lesser-discussed villain that deserves our attention, too: mercury. These emissions are also released in the process of burning coal for electricity and pose a serious human health hazard.

And while the US overall is making impressive strides in installing new wind and solar while retiring coal-fired generation, there’s still a lot of legacy coal in the system. This holds true for the Great Lakes region of the country, where coal consumption is still fairly high, even as states make exciting clean energy commitments. This region has felt the effects of mercury contamination more than any other in the country.

As far as environmental health hazards go, mercury is right up there with the best (or worst) of them. And coal-fired power plants, which deposit about 50 million tons of coal ash per year into surrounding bodies of water, are some of the largest emitters of all.

As mercury makes its way into our water, it’s consumed by fish and then bioaccumulates and becomes more potent to those higher up the food chain (like you and me). In large enough doses, it can cause serious harm to the nervous and reproductive systems, and in some cases even death. This is all to say, you’d probably rather have a side of tartar sauce with your fish and chips than even a droplet of mercury.

A simple—and effective—regulatory solution slipping through our fingers

Recognizing the urgent need to protect the public from this destructive coal byproduct, the Environmental Protection Agency (EPA) implemented a regulation in 2011 to reduce mercury emissions: The Mercury and Air Toxics Standards (MATS).

Under the new rule, coal plants were required to install highly effective mercury emissions control technology. Between 2011 and 2017, we saw an 81 percent decrease in emissions from power plants. WattTime’s detailed mercury emissions data supports these numbers — the almost instantaneous drop off was unlike anything caused by previous EPA guidelines.

Under the current administration, the EPA has proposed a measure to seriously weaken or even potentially repeal the MATS rule. And because mercury control technology is expensive to keep running, it’s highly likely that many plants would discontinue using it without a requirement. In a worst-case-scenario horror story—which is not impossible here—mercury emissions could increase up to tenfold overnight.

As is becoming more common with the pace of innovation today, there’s an intelligent tech solution waiting in the wings should policy fail us, and that’s where AER enters the story. With the support of a grant from the GLPF, WattTime is leading a team to pilot its emissions reduction technology in the Great Lakes region to tackle the problem. Here’s how it will work:

With WattTime’s real-time data on which power plants are “on the margin” and responding to new electricity demand at any given moment, we’re able to pinpoint when either coal plants or renewable sources are kicking into gear. Our software, when installed in any internet-connected smart device like an electric vehicle charger or smart thermostat, can automatically shift that device’s energy use to cleaner times of day.  This shift to clean energy leads to a decrease in carbon and other harmful emissions, including mercury.

The number of devices in the Great Lakes region that could potentially leverage AER software is massive, and if just under half of them used the technology, we could do away with 269 pounds per year of mercury emissions. (To put that in perspective, just 1/70th of a teaspoon of mercury thrown into a 25-acre lake can make the fish dangerous to consume.)

The last piece of the puzzle: demand response programs

While AER technology is simple, inexpensive and highly effective, it still requires a pathway to widespread adoption. So, WattTime is working with demand response (DR) programs in the Great Lakes region to jumpstart its use. Over 100 DR programs in the region financially incentivize people and businesses to shift their electricity use away from peak electricity demand times. For example, a power company may have the ability to cycle a customer’s HVAC system on and off during peak load times in exchange for lowering that customer’s electric bill. But many programs have struggled with their appeal to customers. Adding AER to the offering has a twofold benefit for DR programs: a) The new perk can boost enrollment and, b) The technology provides value all day, every day of the year.

While a 2016 multi-million dollar campaign by DR programs to improve participation only persuaded five percent of customers to accept it, WattTime’s analysis has shown that the chance to have a positive environmental impact is actually enormously attractive to consumers. WattTime’s AER programs, which offer no financial incentive, delivered 40 percent uptake in our first pilot and even reached 82 percent uptake by our third project implementation. (By comparison, the 2017 average participation rate in energy management programs like DR was only 17 percent.)

Besides its capability to improve enrollment numbers, pairing AER with DR makes customer participation valuable 365 days a year, not just during occasional peak demand events. This is because the “marginal” power plant in a given region can change as often as every few minutes. To achieve maximum emissions reductions, AER functions continuously in the background making small fluctuations in energy usage throughout each day, every day. Even though DR and AER function independently, smart devices are perfectly capable of taking part in DR and AER simultaneously to deliver both environmental and cost benefits to customers year round.

WattTime plans to work with utilities and DR aggregators in the Great Lakes region as part of a team to deploy large numbers of smart devices programmed with our AER software. By using these devices, consumers can essentially choose to give more of their electricity business to cleaner power plants as opposed to coal-fired plants that are worsening the mercury crisis.

In the United States, power plants are called upon (and paid) to supply electricity via a dispatch stack system that ranks and orders plants by cost. And if mercury-emitting plants become less competitive with low- or zero-emitting plants — causing the cost of the power they supply to increase — they may get bumped out of that dispatch stack. This would have two major benefits: a) It avoids the direct emissions from their increased use. But more importantly, b) It provides a strong economic incentive for those power plants to keep running their MATS-compliance technology to avoid being deprioritized.

Thanks to WattTime’s real-time data on marginal power plants, AER is capable of easily and automatically signaling when cleaner power is on the grid. When devices with flexible demand shift their energy use based on the AER signal, it dictates which power plants are called upon—and paid—to provide additional electricity.

While direct mercury emissions reduction numbers are promising (our analysis shows an average of 16 percent reduction across all smart devices with flexible demand), it’s the indirect effect of using AER software that could create a substantial market transformation; consumers will shift significant amounts of energy demand from high-emitting plants to low-emitting plants.

With one simple and effective solution, WattTime and the GLPF have their eyes set on the ultimate prize: reducing mercury emissions while also inspiring the cleanup of the entire generator fleet of the region. Stay tuned for more updates in 2019 as we work toward a happier ending for the mercury emissions story.

–GLPF wishes to thank Katie Ryan and Nicole Arnone for this post which also appears at https://www.watttime.org/news/amidst-climate-change-concerns-we-cant-afford-to-forget-about-mercury-emissions-just-ask-the-great-lakes/

Katie Ryan heads up the Partnerships team at WattTime, a non-profit subsidiary of the Rocky Mountain Institute, which catalyzes a movement to give anyone the freedom to choose cleaner energy easily and automatically. (Linkedin: https://www.linkedin.com/in/katiearyan/)