Smart Management of Microplastic Pollution in the Great Lakes 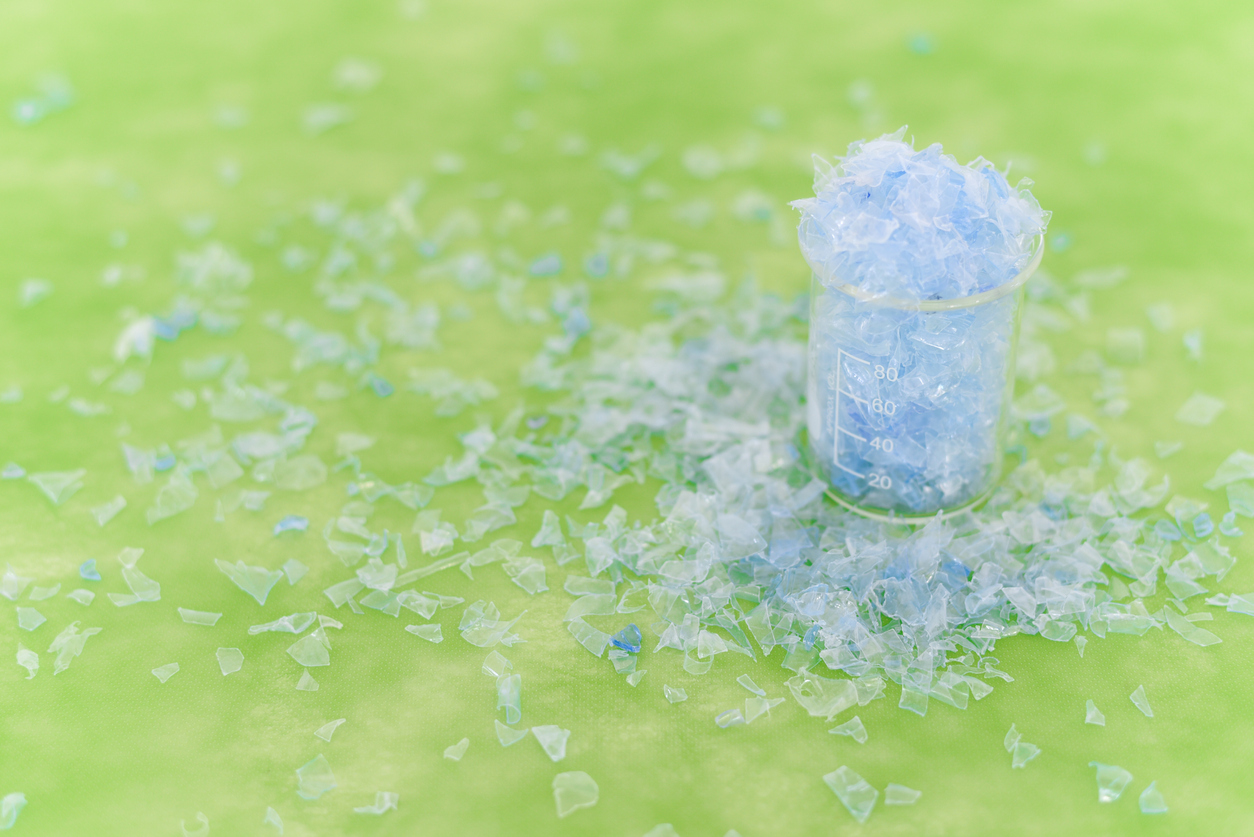 Imagine it’s a hot summer day in July; temperatures have soared to the high 80s. Your first instinct after that family volleyball match is to grab the nearest drink of cold, refreshing water. Like millions of other Great Lakes residents, your drink is contained in plastic packaging.

More than half of waste released in a given year contains plastic materials. About 10,000 metric tons (or 22 million pounds) of plastic enter the Great Lakes every year, and another 8 million metric tons goes into the ocean. While plastic never decomposes, it does break down into much smaller, but no less environmentally hazardous components – called microplastics.

Microplastics include microbeads, fragments, fibers and other plastics smaller than 5mm in size. These particles can be introduced into the environment either through wastewater discharge, stormwater runoff, or degradation of plastic litter. Over the past few years, research into microplastics have increased, but not nearly at the same rate as their entrance into the Great Lakes.

As these microplastics enter into water environments, they become a more profound problem for ecological and human health. They act as toxic sponges and carriers, absorbing and transporting persistent organic pollutants and potentially harmful bacteria. Because they are difficult to detect and remove, they readily get in water supplies and food systems, which can lead to risks to ecological and human health.

The battle against microplastics in the environment is not easy. Strategies to reduce microplastics associated with anthropogenic pollution sources are being surfaced by leading environmental organizations including the Great Lakes Protection Fund, which recently supported a project led by our team at Wayne State University (WSU) to develop technology that will not only help zero in on microplastic sources but will also accelerate a targeted microplastics reduction campaign and mitigation initiative.

This project, entitled Smart Management of Microplastic Pollution in the Great Lakes is a collaboration with many community partners such as the Ingham Conservation District, Reroot Pontiac, Clinton River Watershed Council, City of Williamston, City of Pontiac Policy Council, Tri-County Regional Planning Commission, Michigan Association of Conservation Districts, OHM Environmental Advisors, and Your Emerging Space (Pontiac, MI). The overall goal of this effort is to reduce microplastic presence in the Great Lakes through a microplastic reduction campaign and mitigation initiative that fosters positive change in public awareness and engagement to reduce microplastics pollution sources.

To start to understand where all of these microplastics are coming from, our team is developing an innovative Internet of Things (IoT) sensing technology that incorporates optical sensors, IoT technologies, machine learning, and edge computing to allow for more cost-efficient and timely monitoring and sourcing of microplastic pollution. Our team will deploy sensors at a pilot site in Pontiac, MI and another in Williamston, MI, located just outside of Lansing.

Our two pilot cities view this project as an opportunity to be leaders in understanding and addressing microplastic pollution. Their participation as part of our team will provide new knowledge and will benefit public understanding of the problem and lead to behavioral changes.

These two pilot locations are uniquely positioned to allow our team to understand different microplastic inputs into Great Lakes waters. These inputs include upstream sources such as wastewater discharge, urban runoff, and agricultural zones.

The sensors will provide data that our team will leverage to promote a microplastic reduction campaign employing several different mitigation strategies. Mitigation practices include:

In addition to the microplastic reduction campaign, the project team will facilitate the scale-up of the effective strategies by engaging with community members, civic leaders and students to improve public awareness and overall engagement in the Great Lakes region. Our advisory board will aid in improving the technologies and will be instrumental in disseminating the most up-to-date understanding of microplastics to the many stakeholders in the basin who will continue to keep the Great Lakes region at the forefront of this science.

These dynamic pilots will serve as examples of how to utilize advanced sensor technology and social science to foster positive change in public awareness and engagement for the reduction of microplastics pollution sources. The development and deployment of sensing and other technologies and the broad implementation of active community engagement leading to behavioral change is crucial for reducing microplastics in the Great Lakes ecosystem.  The resulting water quality and ecological and human health benefits will be well worth the investment in this project.

The Fund wishes to thank Yongli Zhang and her team for this post.

Hira Majeed is an undergraduate student in the Department of Civil & Environmental Engineering at Wayne State University.

Lara Treemore-Spears is the project coordinator of “Smart Management of Microplastic Pollution in the Great Lakes” at Wayne State University.